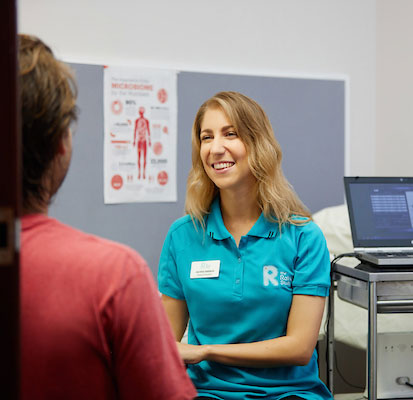 The Diet Special Interest Group investigates areas of human dietary intake in the Raine Study. The group has a range of measures on our participants relating to infant feeding, especially breastfeeding, the timing of introduction of solids, dietary intake (3-day food diaries at 14 years, food frequency questionnaires and blood collections at 14, 17, 20 and 22 years), dietary patterns (i.e. quantity, variety, and combinations of different foods and beverages in a diet and the frequency with which they are consumed) and specific nutrients across different generation and ages within the Raine Study.

The Raine Study dietary data complement the health outcome data collected in the Raine Study and is used to investigate associations between diet and health and disease. Considerable work is being undertaken using the Raine Study dietary data, to better understand the relationships between dietary intake and the early development of chronic diseases, including cardiovascular disease, type 2 diabetes, obesity, bone disorders, and mental health disorders. Projects are also examining the social and environmental determinants of dietary intake to inform interventions for improving population dietary intakes.

The contribution of the Diet Special Interest Group that has had the most significant impact over the past 30 years was the work related to infant feeding and childhood asthma. Using information collected from the Raine Study participants, researchers found that longer breastfeeding helps improve child development, and that in early adolescence, a better-quality breakfast was related to improved mental health. The researchers went on to show that a diet rich in B vitamins, essential fatty acids and healthier dietary patterns overall were related to improved mental health and less risk of developing heart, vessels and liver disease.

Lifestyle and family psycho-social environment were related to dietary patterns in Australian adolescents.

Dietary patterns are associated with factors that increase the risk of developing heart and vessels disease.

Dietary pattern at 14 years was associated with a risk of non-alcoholic fatty liver disease at 17 years.

Energy drink consumption was found to be associated with increased anxiety in males.

A good quality diet in the early years may have a positive effect on academic achievement.

A ‘Western’ dietary pattern was associated with an increased risk of mental health problems including depressive symptoms in adolescents, whereas a ‘Healthy’ dietary pattern appears to be protective.

A potential negative association between a “Western” dietary pattern and male reproductive health was detected and should be studied further.

“The Raine Study has helped us better guide recommendations around breakfast (more food groups at breakfast was associated with better mental health), provided insights into development of fatty liver in teenagers (especially around fructose and soft drink consumption) and shown that full fat dairy products are just as good as low fat dairy products in teens.”