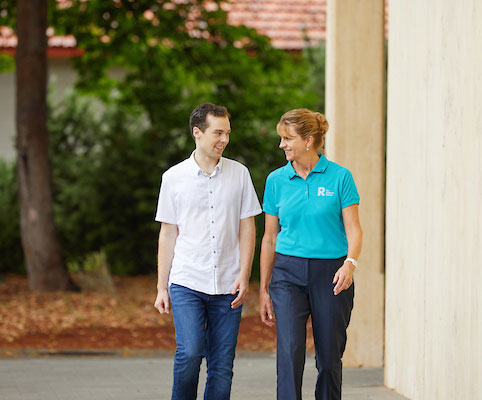 The Education and Work Special Interest Group investigates areas of human educational achievement and work. The group has a range of measures on important factors that shape participants’ education and work outcomes across different ages and generations within the Raine Study.

In addition to its collection of education information, the Raine Study also has a range of measures on post-educational outcomes, including: occupation, work perceptions, work productivity and economics.

This data source allows researchers to investigate factors impacting on the educational and work achievements of the Raine Study participants, and draw conclusions on how important these are in shaping outcomes in the general WA population and elsewhere.

Some key findings over the last 30 years have included:

Using information collected from the Raine Study participants, researchers found that maternal stress influenced children’s academic performance at 10 years of age. Predominant breastfeeding for six months or longer and a good quality diet in the early years may have a positive effect on academic achievement. Parental work patterns influenced child outcomes, such as higher levels of challenging behavior in boys when their fathers work long hours, and better diet in adolescence found amongst children with stay-at-home mums in early childhood. Also, preschool aged children are less likely to be overweight when mothers worked less hours per week. Later in life, the Raine Study data showed that experiencing spinal pain in adolescence or the combination of spinal pain and mental ill-health were associated with missing days of work amongst young adults.

There is a link between parental work hours and child behaviour: boys suffer from their father’s long working hours

Children with stay at home mums in early to middle childhood have a better diet in adolescence.

Among preschoolers children were less likely to be overweight or obese when mothers worked less hours per week. For older children (ages 8 to 14), working shorter or longer hours were both associated with increases in child overweight and obesity.

Predominant breastfeeding for six months or longer and a good quality diet in the early years may have a positive effect on academic achievement.

Young adults who experience spinal-pain in adolescence were three times more likely to miss work, compared to those who did not.

Comorbidity (ie two conditions occurring at once) of spinal pain and mental ill-health is associated with increased absence from work at 22 years of age, but not reduced productivity while at work.

“The analysis of Raine Study data and subsequent publications contribute to a larger body of work regarding parental work and children’s health and developmental outcomes. Very briefly, increasing research evidence shows that both mothers’ and fathers’ job characteristics (such as work hours, schedules, flexibility) influence the health and development of their children. For example, our research has shown that when parents work unsociable schedules (evenings, nights and weekends), precarious and unpredictable shifts (rotating, irregular and on call), or when parents, particularly fathers’ work long hours, children are at an increased risk for social/emotional problems, overweight and obesity, and poor school performance.”