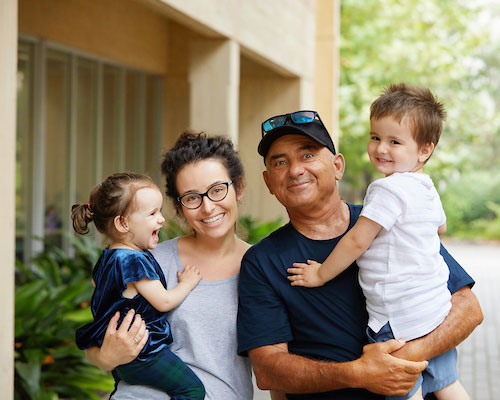 Our Environmental and Perinatal Exposures Special Interest Group is able to investigate areas of human exposure to different factors from before birth and over the life course of participants. The group has a range of measures on our participants related to pregnancy (at 18 and 34 weeks), perinatal (i.e. period immediately before and after birth) and neonatal (i.e. newborn) periods, such as maternal lifestyle, maternal blood, cord blood and placentas, birthweight and breastfeeding information. The group also has a range of measures on environmental and occupational exposures, such as BPA, sun, pollen, green space, food, tobacco and liquor outlets, social support, work practices and more across different ages and generations within the Raine Study.

Using information collected from the Raine Study participants, researchers found that exposure to BPA (an industrial chemical that has been used to make certain plastics) during pregnancy is related to the reproductive health of male offspring. Researchers also found a negative association between a diet characterized by high fat and sugar foods and reproductive health in young adults. Access to liquor stores seems to influence alcohol consumption in early adolescence and adulthood. Additionally, researchers found evidence to support spending time outdoors may be protective against short-sightedness.

Sperm concentration and motility of the offspring were significantly correlated to BPA in the mother’s blood.

Exposure to environmental tobacco smoke in cars increases the risk of persistent wheeze in adolescents.

Liquor store availability in early adolescence may be a risk factor for alcohol intake in early and middle, but not late, adolescence.

A potential negative association between a “Western” dietary pattern (by high fat, high sugar foods) and male reproductive health was detected and should be studied further.

There is an inverse association between outdoor activity and myopia.