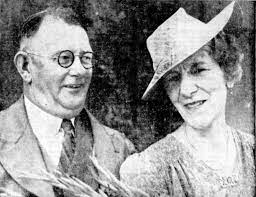 Arnold and Mary Raine on their wedding day in 1943

This year on International Women’s Day, we remember the extraordinary life and incredible impact of Mary Raine (1877-1960), the remarkable woman for whom the Raine Study is named and without whose acuity, foresight and determination to make a difference the Raine Study would not exist.

She was not a scientist but a businesswoman who rose from poor beginnings selling fruit and veg underneath Putney Bridge in London, to become “Perth’s best known hotel keeper”, a successful property investor in her own right and the owner of some of Perth’s most iconic hotels, the Royal Hotel, Wentworth Hotel and South Perth’s Windsor Hotel

Arnold “Joe” Yeldham Raine was Mary’s second husband, the great love of her life who she married in 1943, and the inspiration for her philanthropy. In the mid-1950s the Raines contributed to an appeal for the launch of a medical school at the University of Western Australia. When her beloved husband died, Mary worked with UWA to establish the Arnold Yeldham & Mary Raine Medical Research Foundation (now the Raine Medical Research Foundation – RMRF), on the basis that the income from this endowment be applied towards seeking, diagnosing and investigating the nature, origin and causes of disease in human beings; and the prevention, care, alleviation and combating of such diseases – the very same research principals that guide the Raine Study today.

On Mary’s death in 1960 the Sunday Mirror wrote that “the singing barmaid of a dilapidated outback New South Wales pub became the woman who left most of her estate to [medicine]”, an endowment which totalled nearly £750,000. In 1986 Perth’s Raine Square was named in her honour following redevelopment of the laneways connecting William, Murray, Queen and Wellington Streets in Perth’s CBD, where the façades of the Royal and Wentworth Hotels still stand. 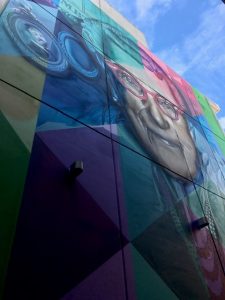 Since it was created, RMRF has distributed more than $50 million in funding and supported more than 500 researchers. In 1989 RMRF provided the initial funding for the Western Australian Pregnancy Cohort Study (as the Raine Study was initially known) and remains a significant funding partner of the Raine to this day, supporting more than 30 years of ground-breaking, world-leading research.

To find out more about this amazing woman, please visit: